Seven Sounds Brewing Company is a production microbrewery in Elizabeth City, NC. We use locally sourced ingredients to produce a variety of classic and cutting-edge beer styles for a wide range of individuals to enjoy. The recipe for a great-tasting beer starts and ends with people. At Seven Sounds, this philosophy is reflected in the way we treat our employees, patrons and community. 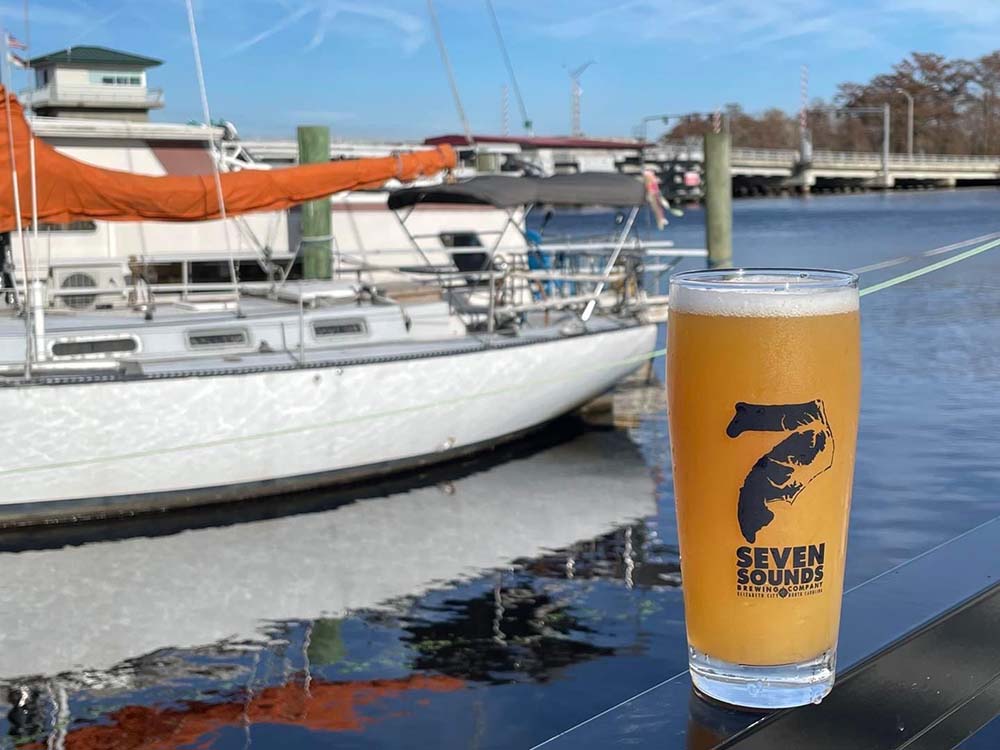 Seven Sounds found its origins in the love of a craft and the pleasure it gives to our patrons. The product of that craft fosters an environment in which people enjoy each another’s company.

Every member of the Seven Sounds team is passionate about the beer that we make, the people we serve and the community that supports us. When people think about Seven Sounds Brewing Company, we want them to think Good People. Good Beer, Good Life. Seven Sounds wants to be known not only for great craft beer, but also for the atmosphere and lifestyle that accompanies it.

The name Seven Sounds refers to the geography of northeastern North Carolina and the bodies of water known as sounds. A sound is a large body of water that lies between two bodies of land, often between a mainland and an island. The Pasquotank River, which is adjacent to the Seven Sounds Brewery, is an estuary of the Albemarle Sound, which leads to the Atlantic Ocean.

Seven Sounds is taking a regional approach to its reach and its beer. We aspire to support the eastern North Carolina coastline, due to the rich heritage and history of the area.